“Mr J” (“Ken”) is an ex-member of my roulette forum. He was banned for poor behavior towards other members. As revenge for banning him, he seeks to harm me by “re-posting” nonsense about me from Mark Howe’s websites. He does not care that the material is nonsense. Ken is one of a few banned member who attack me for “revenge”.

Why Ken Was Banned

Basically, Ken creates conflict and is unwelcome at every forum – not just my forums. For example, he attacked others calling them “rookies”, while privately telling me he continued to lose at roulette. He quite clearly has a gambling problem. That’s his business, but as a forum admin, I could see both sides where he taunted others for losing, but was losing himself. Essentially he was lying and “trolling” while claiming other people were the problem.

Eventually I discovered he was secretly moderating large sections of the forum to help him win arguments with other members. So I removed him as a moderator, and allowed him to hide the real reason he was removed.

Later he returned to the forum, but he never contributed anything. He simply aggravated other members, then complained when they responded. The conflict reached a point where I openly asked other members if they think anyone should be banned. And before I even mentioned what other members said, Ken began attacking me and calling me various names – presumably because he was expecting to be banned. So as a matter of respect, I asked him to not post at my forum again. He ignored my request, and was banned.

Now for “revenge”, he cuts and pastes sections from Mark Howe’s websites in attempt to discredit me. His motives are purely malicious, and he does not care that the material he posts is full of blatant lies.

It’s not just me he attacks. His frustration and hatred is extremely intense. One example is he said he hated one member so much that he “so badly wished they died in a car crash”. There are many other examples, but the information here is sufficient to understand his motives. Unfortunately Ken has a lot of personal problems, and he takes his problems out on other people.

Ken doesn’t really believe my computers are a scam. He once inquired about purchasing one. However, since he now intends to discredit me, he denied his inquiries ever took place. So I published copies of the conversations below. The red boxes indicate Ken’s original messages to me: 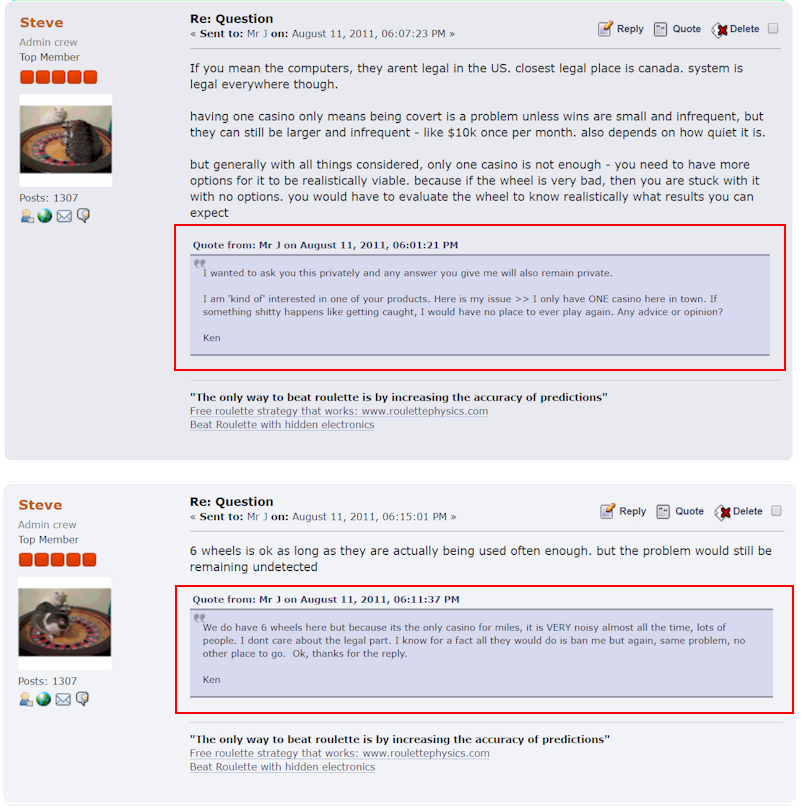 And a few months later, he asks again: 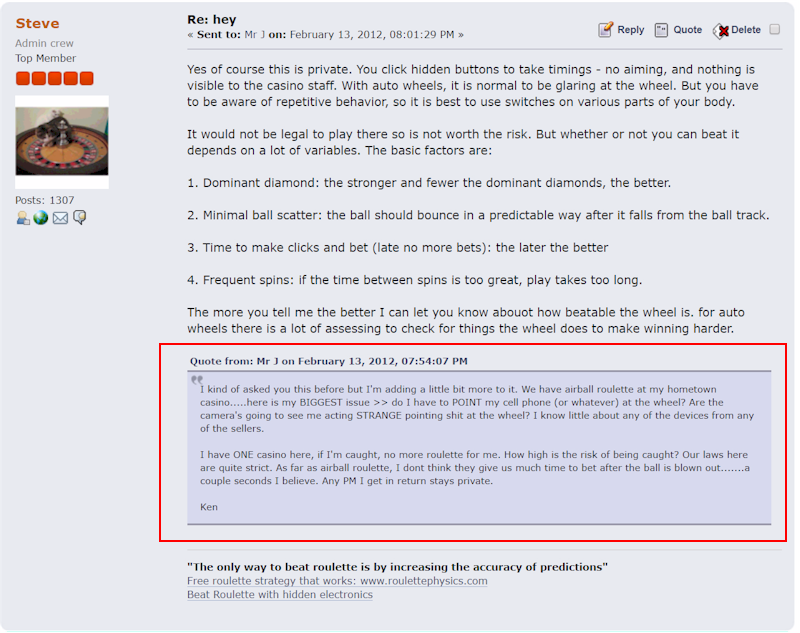 So basically Ken knows my computers aren’t a scam. He doesn’t care now and just wants revenge being being banned from my forum.

When Ken’s lie was revealed, he became very angry and embarrassed. He then responded by making a blatantly false claim about one of my forum moderators being a convicted child molester. This is now the second person he made this venomous claim against. There is absolutely no truth to the claim, but it gives you an idea of the type of person Ken is.

More details about Ken and his manipulation are at https://www.rouletteforum.cc/index.php?topic=18514.0